It is here that spring no. 11 which has been used continuously since 1991 is located. This is where  brine is supplied to graduation towers through a pipeline from a well at a depth of 415 m and used during the technological process of the salt factory in Ciechocinek. In  1926 Jerzy Raczyński designed the ‘Mushroom’ fountain - a natural inhalation space which saturates the air with iodine and other microelements.

The graduation towers are used to concentrate brine and are an important element of the technological production process at the salt factory in Ciechocinek. They were designed by a Saxon, Jakub Graff. The oldest graduation tower is tower no. 2 which was constructed in 1827. Having a total length of 1,742.3 m and being nearly 16 m tall, the three graduation towers are the largest ones in the world. Over the years, the towers have created a microclimate. Consequently, it is said that the surrounding area is a natural inhalation facility with iodine-rich air.

The heart of the factory and the last stage of the technological production process of salt from Ciechocinek. It is a unique technical monument on a global scale. Thanks to the efforts of Konstanty Leon Wolicki, a salt factory was built between 1824-1829. Salt workers have been producing table salt from 1832 until the present day.

The history of the park goes back to 1875 although it was ultimately developed between 1907-1908 according to a concept introduced by Franciszek Szanior. Whereas the famous flower clock created by Zygmunt Hellwig is located at the entrance to the park, a statue of Stanisław Staszic, an outstanding representative of the Polish Enlightenment, is located at the centre of the park. The park extends along graduation tower no. 1.

The oldest park in Ciechocinek is the Spa Park which is more than 16 ha. The park is known not only for its lush vegetation including rare species of trees and bushes, but also wooden buildings characteristic for Ciechocinek – a Bandshell designed in Zakopane style and the Pump Room. 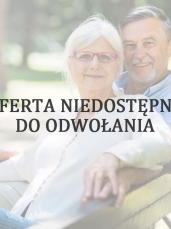 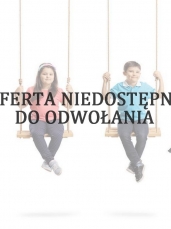